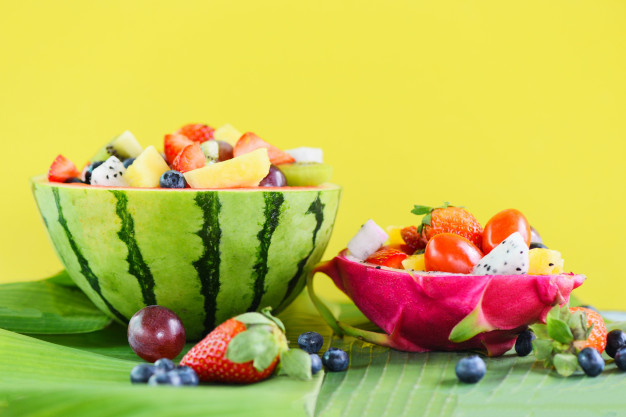 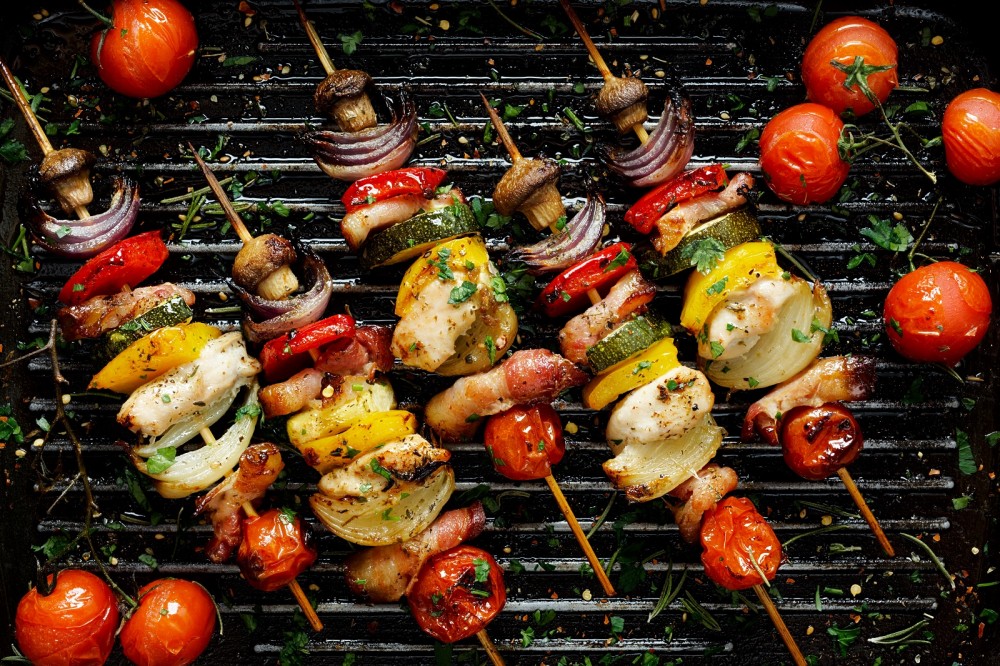 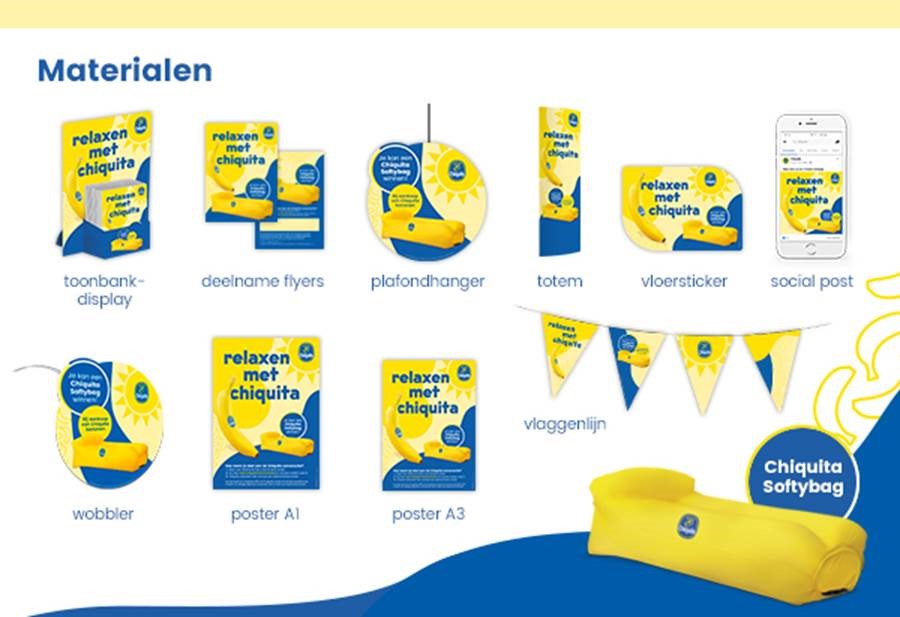 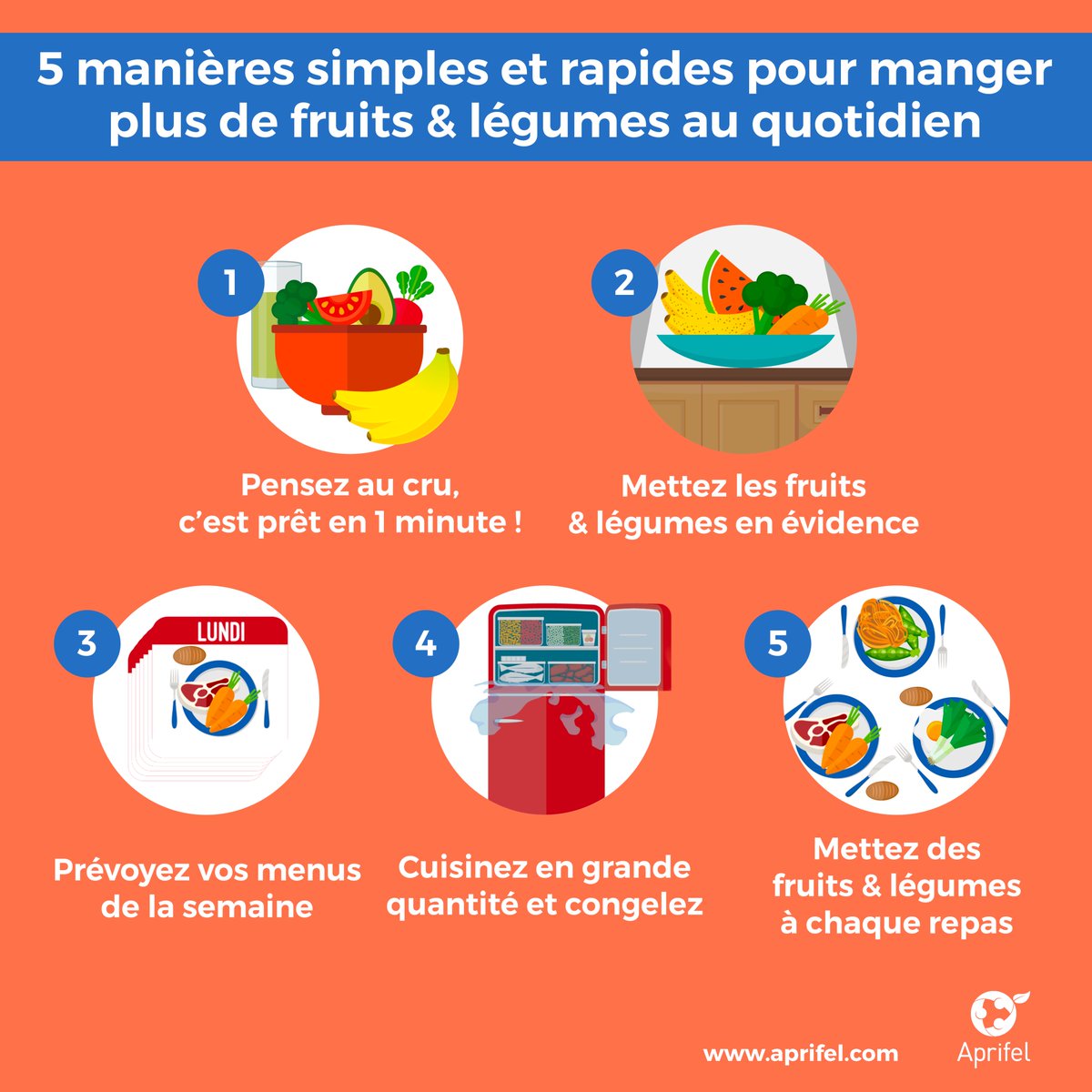 Promotion campaigns across Europe and beyond have truly adapted to the new normal amid the continuing COVID-19 pandemic, and it’s never before been as difficult to grab consumer attention. This edition of the Fresh Times looks at how campaigns and events alike have increasingly moved into digital space to navigate the changing lifestyles of consumers in confinement and deconfinement situations. This summer holiday period has been exceptionally important for brands, and social media and TV airspace have been essential to successful campaigns. The next edition of the Fresh Times will be published October –stay safe and keep well in the meantime.

With many people staying home or having a staycation this summer, barbecue meals have become a popular option for families. This summer though, trend watches noticed a shift away from traditional meat-based barbecue products towards vegetable-based food on European barbecues. Popularised in the Southern Hemisphere, vegetables ‘on the grill’ are a healthy and light alternative to the standard barbecue. NAGF noted that vegetables and fruit not only add colour to your barbecue but also extra flavour and texture. To aid those used to fresh produce barbecuing, the popular site veggipedia.nl gave advice on the top five surprising barbecue vegetables.

As a non-traditional summer, amid the COVID-19 pandemic Chiquita launched their annual summer promotion campaign for Belgium and the Netherlands in July. Running to mid-August, this year the campaign was supported by a strong social media campaign. Consumers within the catchment area of participating specialist stores were urged via social media to buy their Chiquita bananas at the particular specialty store and to participate in the promotion. More than 200 stores in Belgium and the Netherlands participated, where a Chiquita banana party was created in store. Fruit and vegetable specialists can offer added value with personal contact, product knowledge and quality choice.

As a non-traditional summer, amid the COVID-19 pandemic Chiquita launched their annual summer promotion campaign for Belgium and the Netherlands in July. Running to mid-August, this year the campaign was supported by a strong social media campaign. Consumers within the catchment area of participating specialist stores were urged via social media to buy their Chiquita bananas at the particular specialty store and to participate in the promotion. More than 200 stores in Belgium and the Netherlands participated, where a Chiquita banana party was created in store. Fruit and vegetable specialists can offer added value with personal contact, product knowledge and quality choice. 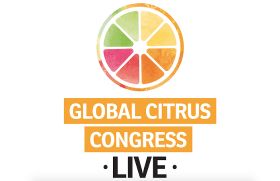 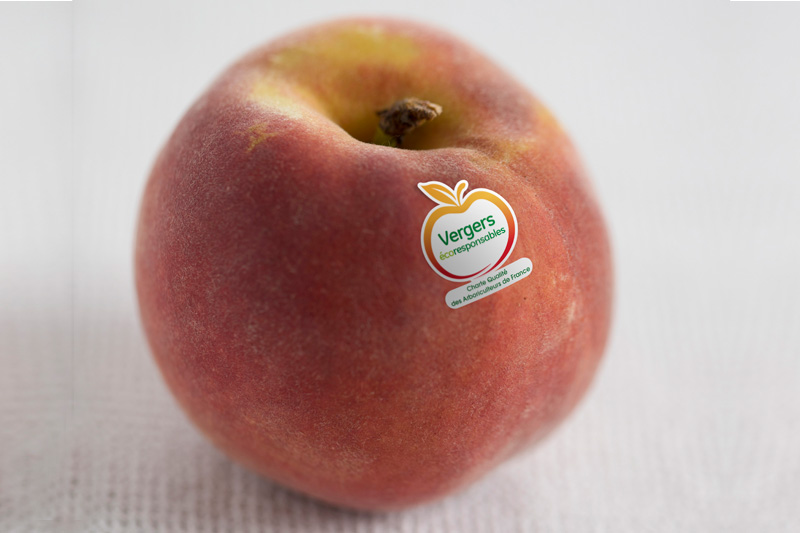 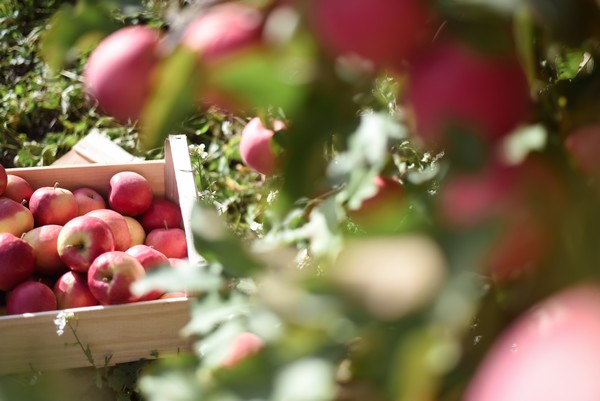 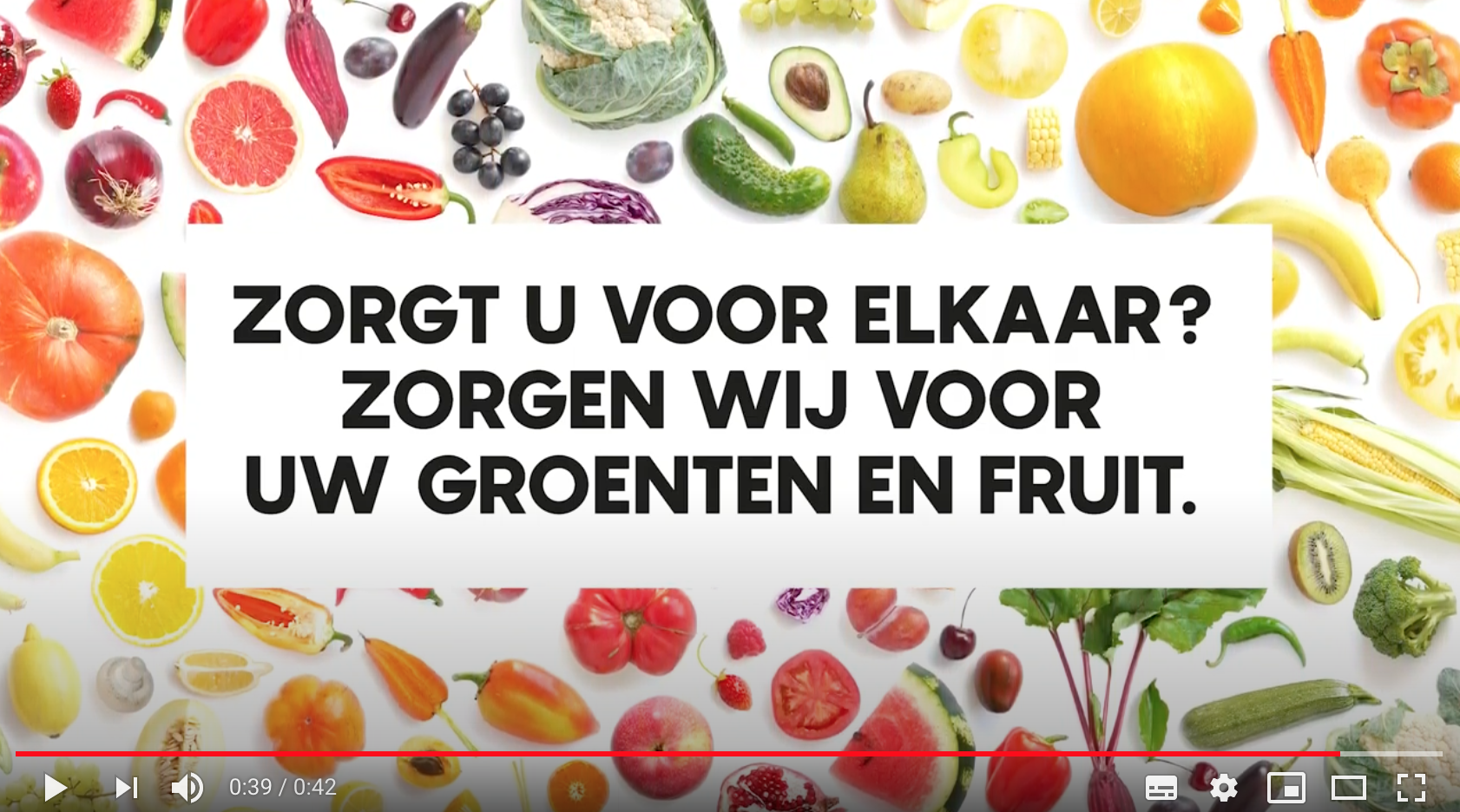 Due to continuing restrictions traditional sector events gathering actors from across the chain across Europe and internationally have been taken online to allow maximum audience participation. This November the World Citrus Organisation has teamed up with Fruitnet to host the first-ever Global Citrus Congress Live. The free-to-register online conference is set to focuses on some of the big developments across the citrus category and features a number of expert presentations and panel discussions. As an online event, everyone in the global supply chain of fresh citrus from the farm gate to the supermarket shelf will able to participate in the Congress.

This summer the French peach season has been in full force. By the end of June with only 20% of production harvested already 23,000 tonnes had been collected, with supplies up by 33% compared to last year at the same time. With heightened complexities to normal promotion campaigns due to COVID-19 and a period of deconfinement for most, producers have run alternative campaigns instead. At the beginning of July growers boosted sales through a wave of radio promotions highlighting eco-responsible orchard peaches. 30 spots were taken to broadcast about the promotion with roughly six million contacts per day reached.

Television commercials have been a hit over the summer months. As appropriate for mid-pandemic communication to consumers, many brands opted for guaranteed coverage through TV advertising campaigns. Pink Lady was one such brand, airing a its first TV advertising campaign in the UIK in June as part of an extensive media initiative to further elevate brand awareness of the Pink Lady apple. The TV advertisement proved very successful with early result showing that brand awareness had increased by 3% to 87% of the UK population post-campaign. In total the TV advertisement reached 23 million adults during its run.

The Netherlands: Life upside down

Even though the world has been turned upside down by the COVID-19 pandemic, the tomatoes are ripening just the same, and the strawberries and mangoes will be as sweet as ever. This has been the main message of GroentenFruit Huis’s promotion campaign. As part of the campaign an inspirational campaign video was disseminated via social media and also broadcasted on Dutch television and radio. Available in Dutch, English and German, the video reassured consumers that no matter the situation, there would always be plenty of fruit and vegetables to create fresh, healthy and varied meals. Weekly menus were additionally disseminated as part of the campaign. 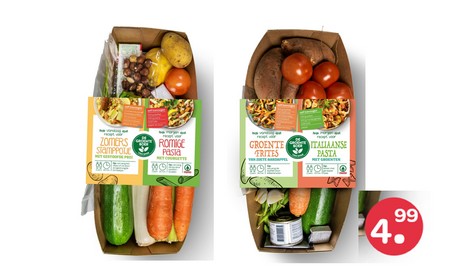 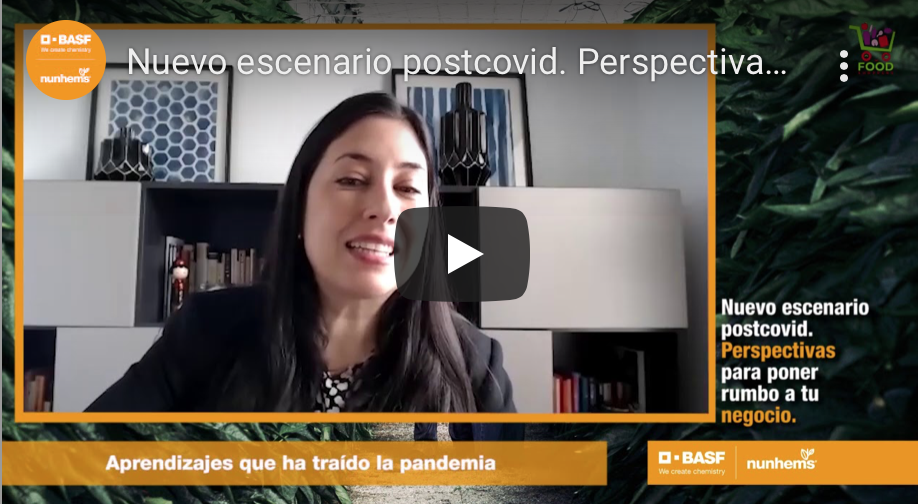 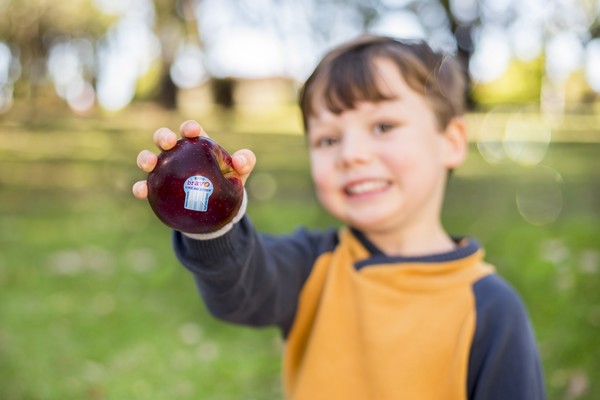 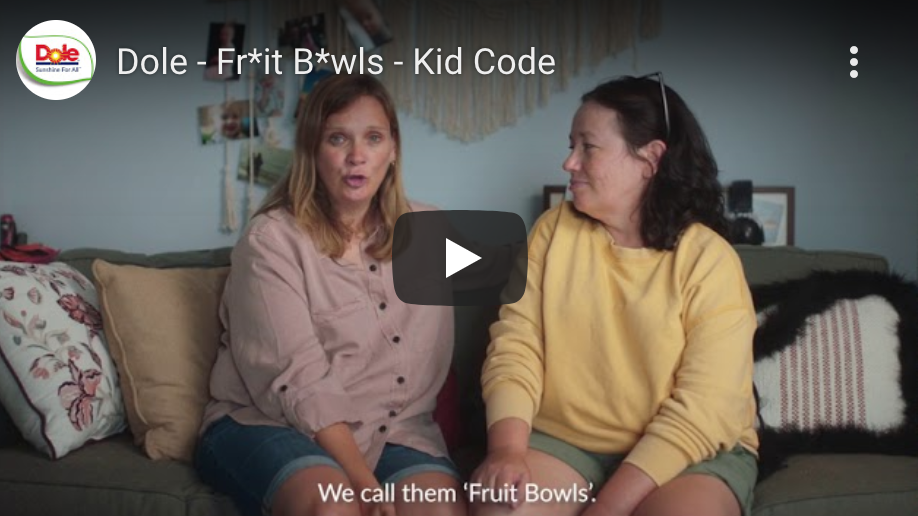 Have you seen fresh packs in your local supermarket over the last months? Slowly gaining ground in the fresh produce aisles, fresh packs, containing a kit of the exact ingredients for a specific recipe for one or two people, consist of fresh ingredients and are often supplemented with other products. The Dutch consumer program Radar with the help of a Dutch food blogger, Brenda Hoff, compared different kits against various criteria. They found that having exactly the right amount of food for a meal limits food waste and generally fresh packs are more economical than buying all the products separately.

The global COVID-19 pandemic has brought much uncertainty to the fresh produce sector. So far weathering well, many questions remain about how the fresh fruit and vegetable sector will fair in the next stage of the pandemic and in the post-COVID-19 era. To answer these questions and more BASF Vegetable Seeds organised a series of interviews with experts to help actors along the supply chain understand what the future holds for them to enable better planning and decision making. Four interviews were carried out covering retail, the hospitality sector, the economy in general and the new consumer profile and market trends.

When you’re new in the apple game, awareness raising is a key strategy. At the end of August Bravo Apples celebrated the launch of their first national TV advertising campaign. The new TV commercial is part of the company’s broader awareness strategy to nationally educate younger families about Bravo Apples. The commercial has been designed to raise awareness of Bravo Apples with families with younger children and to communicate key product benefits. With less leverage than its competitors, Bravo Apples chose this segment to efficiently access consumers that would appreciate the product benefits the most. A mix of social media complemented the commercial to amplify messages.

To combat confinement-induced household tension in families Dole launched a new campaign for their Fruit Bowls in August. The new campaign provides an antidote to “Quaran-Tension” moments by showing how parents can use Dole’s Fruit Bowls as a code word to circumvent quarrels and difficult moments in the household. Fruit Bowls are humorously offered as an alternative solution to unhealthy quarantine angst, while simultaneously a healthy food option for families at home. Intelligently the campaign is provides both novel entertainment to consumer and raises product awareness. The campaign begins with three film spots as well as an integrated digital and social media campaign.